First and foremost, Daniel Emilio (strategist, Grace’s Marketplace) is a thinker. He loves spending time digging deeper and practicing what he calls an externalized empathy that helps him see the bigger picture. That philosophy has shaped the direction of many of his cultural retail projects and strategic initiatives.

A graduate of New York University, Daniel believes that the future of retail is in its past—in the intimate, community-oriented, one-on-one human connections responsible for creating loyalty in the first place.

Roger Joseph’s varied career includes key roles in advertising (J. Walter Thompson) and media (Style.com and Men.Style.com at Condé Nast). He currently works on product development, merchandising, and distribution strategies for emerging fashion companies looking to balance creative and commerce and satisfy investor relations. He also collaborates with more established brands seeking to reposition themselves in the marketplace via initiatives including product diversification and/or marketing.

Michele Di Grado is a human resources specialist and a transitional executive coach. Her professional background includes serving as the vice president of human resources and labor relations at Barney’s New York, where she oversaw the HR team for the flagship store and collaborated with corporate stakeholders, vendors, and other store locations. Her experience also includes HR roles with the Italian designer brand Ermenegildo Zegna and Northwell Health. Her focus has always been on driving quality communication, talent development, performance management, and client experience, which are the true tenants of her HR practice.

Michele worked with The Accessory Think Tank (TATT) as the HR consultant for the organization and client base while fulfilling her coaching certification. She assisted TATT with the “people side” of the business, developing the core human resource foundations by discipline.

A senior technology specialist, Melvin Perez has helped businesses navigate through technological challenges for over eighteen years. He is a customer service provider at heart with a passion for delivering technology solutions that drive seamless productivity.

Melvin is a father of three, and when not parenting or solving technical challenges, participates in extreme sports including downhill biking, surfing, and snowboarding.

Richard Ginsberg brings to the table his unique skills and understanding cultivated over twenty plus years in marketing, branding, and advertising. Covering both traditional and digital marketing, creative writing, and public relations, his career has spanned the commercial, artistic, and academic arenas. A graduate of Syracuse University with a degree in public relations, his career started in the mailroom of a motion picture marketing firm.

Rising through the ranks at Doyle Dane Bernbach and Scali McCabe Sloves, he then became the youngest executive vice president at McCann Erickson, assisting in the creation of their entertainment division and landing the Columbia/Tri-Star Pictures business. He later formed his own agency, HBG, winning high-profile accounts such as Starbucks, the Anti-Defamation League, and Legal Sea Foods. Richard later joined Jola Interactive as managing director, overseeing website development, social media, and content management, and, most recently, was marketing and account director at Open i Networks.

“I am excited to lend my marketing and communication skills to such an esteemed leader in the evolution of retail,” says Richard.

With over thirty-five years of experience in the commercial real estate industry, Alan Napack serves as senior director at Cushman Wakefield, where he has secured over one million square feet of leases nationally on the landlord and tenant sides collectively. His broad-based experience has led him to establish lasting and trusted relationships with a wide range of high-profile developers, center owners, and retailers alike. Alan’s strong landlord representation practice has led to consulting engagements with major retail developments and on the tenant side, assisting retailers with the development/execution of national strategy in line with their objectives, including expansion plans.

Landlord clients have included American Dream (NJ), The Shops at Liberty Place (PA), Morgan’s Hotel Group, and retailers such as A/X Armani Exchange, Balducci’s, Brandy Melville, Calvin Klein, Inglot, Karen Millen, Sergio Tacchini, and Manchester United amongst others. Alan is a graduate of Boston University and New York University, and a member of the International Council of Shopping Centers and the Real Estate Board of New York.

Alayne Abrahams spent her career building businesses as an executive delivering the best in service and sales. She has provided leadership to some of the most revered fashion houses in Milan, Paris, and the US, supporting the missions of their creative visionaries and executive teams. Companies she’s worked for have included Celine, Saint Laurent, Bottega Veneta, Vince, and Cole Haan, where she was invested in bringing about uncompromising results. Alayne is known as a strategic thinker/creator, a dedicated change agent who works collaboratively as a partner, always valuing the importance of team.

Residing in Southern California, Alayne enjoys living by the ocean, travel, all forms of design, and is an avid cook/baker. Her inspiration was to become as skilled at her craft as those in the fashion houses she had come to respect. Guided by this goal, she completed a baking and pastry arts program and launched her businesses, Flower & Water and 32 Eats. Those closest to her know she is at her best when she is able to bring joy to others by sharing what she creates, delivering an authentic and memorable experience, and developing lasting personal connections.

While working with small and midsize businesses at Google, Jacqueline Basulto became passionate about helping clients overcome the frustrations of using the Internet to grow their businesses. As president and CEO of SeedX, she focuses on digital marketing, creative direction, and actively working to give individuals the tools to achieve unprecedented results online. Her specialties include front end development, HTML/CSS, JavaScript, responsive design, testing and debugging, and command line.

Jacqueline is a native New Yorker; dog, yoga, and music lover; and a graduate of Columbia University.

It is no secret that traditional brick-and-mortar business has lost a major foothold to the online shopping experience. Be it customer service, product quality, or just the way customers feel about who they do business with, the customer experience rises to the top of whether or not he or she will decide to keep doing business with a brand.

At TCRC, we examine these relationships, map out an individualized approach for customer retention, and deliver a plan for achieving ongoing success.

Corporate culture defines a business and makes all the difference when it comes to retaining employees and keeping them happy. Your company culture is a reflection of what your organization stands for; and as the voice of your business, your employees are key to ensuring that it succeeds.

Taking the time to develop a thriving culture creates a strong foundation and improves team performance. We look at things like open communication, employee empowerment, promoting a respectful and collaborative work environment, and unifying under a shared vision.

These core competencies will have a direct correlation to:

With a broad range of retail experience earned over its many years in the industry, TCRC provides tailored services that focus on the variety of projects and promotional events brands may require. 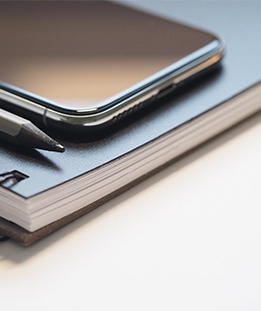 At Tim Ceci Retail Consulting, a New York City–based firm, we provide a specialized focus gained through decades of hands-on experience working in the industry. Our goal is to assist organizations that are either new to the marketplace or wanting to develop their brand identity and grow their business in light of today’s evolving digital economy.

We are highly dedicated to understanding your objectives, assessing the current environment, and developing a sound retail strategy for your brand. This includes a 360-degree approach to creating or improving your business incorporating the core disciplines of finance, visual merchandising, organization, operations, marketing, and customer service across various formats.

Whether you need to open, relaunch, or close stores; assess, create, or improve operations; recruit, develop, or strengthen teams; our mission is to help organizations achieve best practices and create meaningful customer experiences.

"During our years of working together on a broad range of omni channel initiatives, Tim's professionalism, expertise and ability to understand our organization made him especially effective in developing and implementing a retail and related operational strategy." 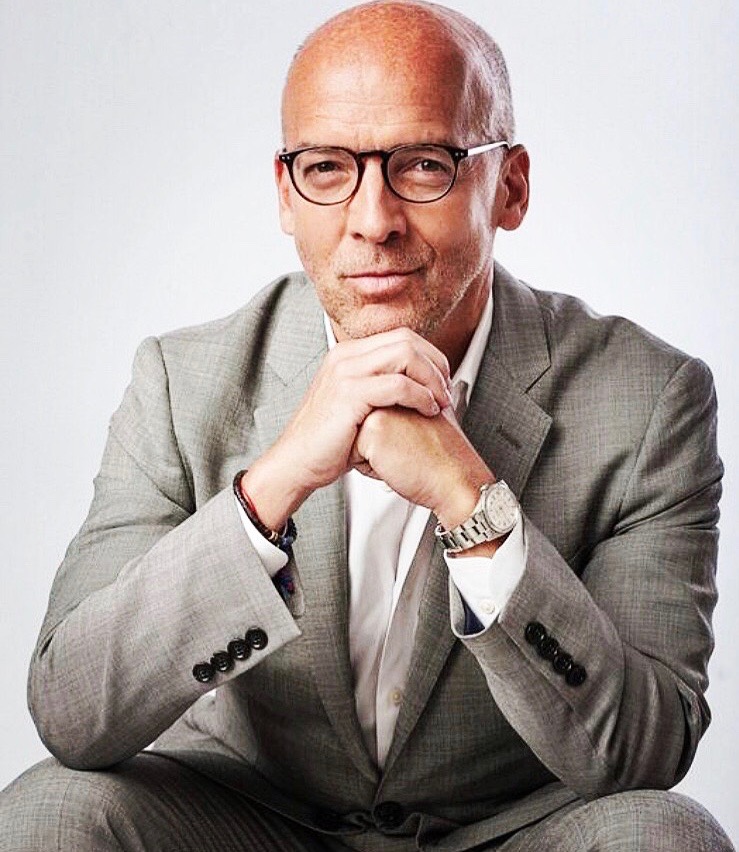 Tim Ceci has served in retail executive leadership roles in a wide range of organizations both in the United States and abroad.

Known for his drive, integrity, adaptability, team building Tim is well respected in the industry. Is a mission focused leader possessing high degree of emotional intelligence required to develop complex global businesses. He holds a Bachelor of Arts degree in Business Administration & Marketing from Hofstra University and resides in New York City. Is an avid Marathon runner, volunteers for both New York City Parks and Beacon For Change, South Africa. Current board member for shopclothe.org, Los Angeles.

Web Development
An informed and talented Speaker, Tim shares his experience, insights, and perspectives at engagements with academic institutions, nonprofits and the business community.
He also writes on key topics of interest relating to retail/business fundamentals, current environment, leadership, innovation, cultures, career development. He also curates a collection of works by industry professionals. 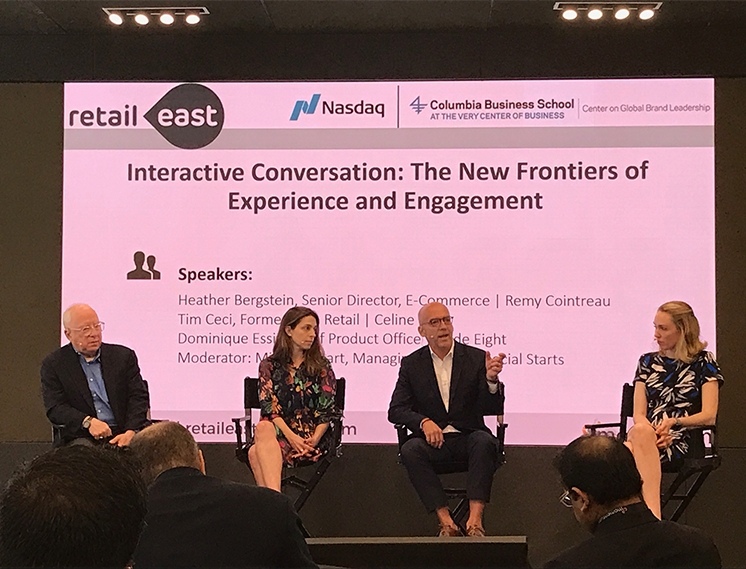 Invest in Your Culture & Team

Nothing Replaces Being on Your Shop Floor

Invest in Your Culture & Team

Nothing Replaces Being on Your Shop Floor 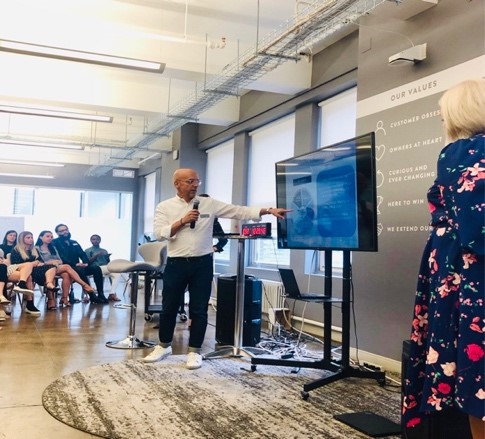 NOTES FROM THE FIELD 9/20 I grew up in brick-and-mortar retail. Over the last ten years of my career I’ve served in a variety of leadership roles with Barneys New York, Celine, and Nordstrom. I’ve seen them each at the top of their game and witnessed their challenges as well. Each organization possessed its own […] 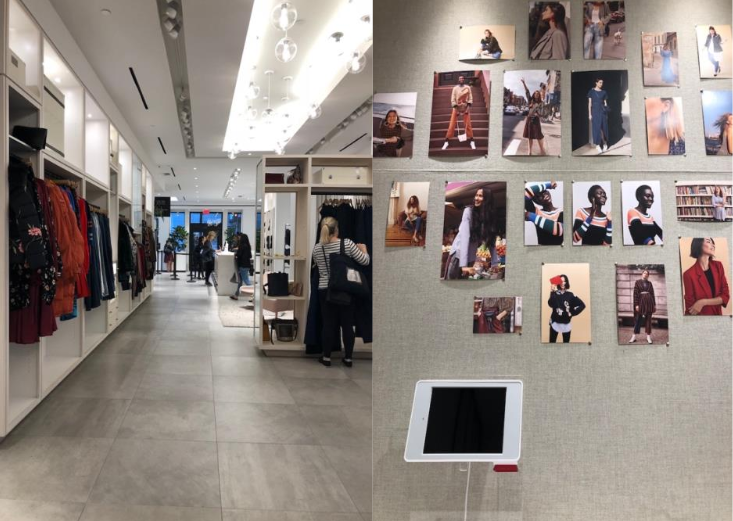 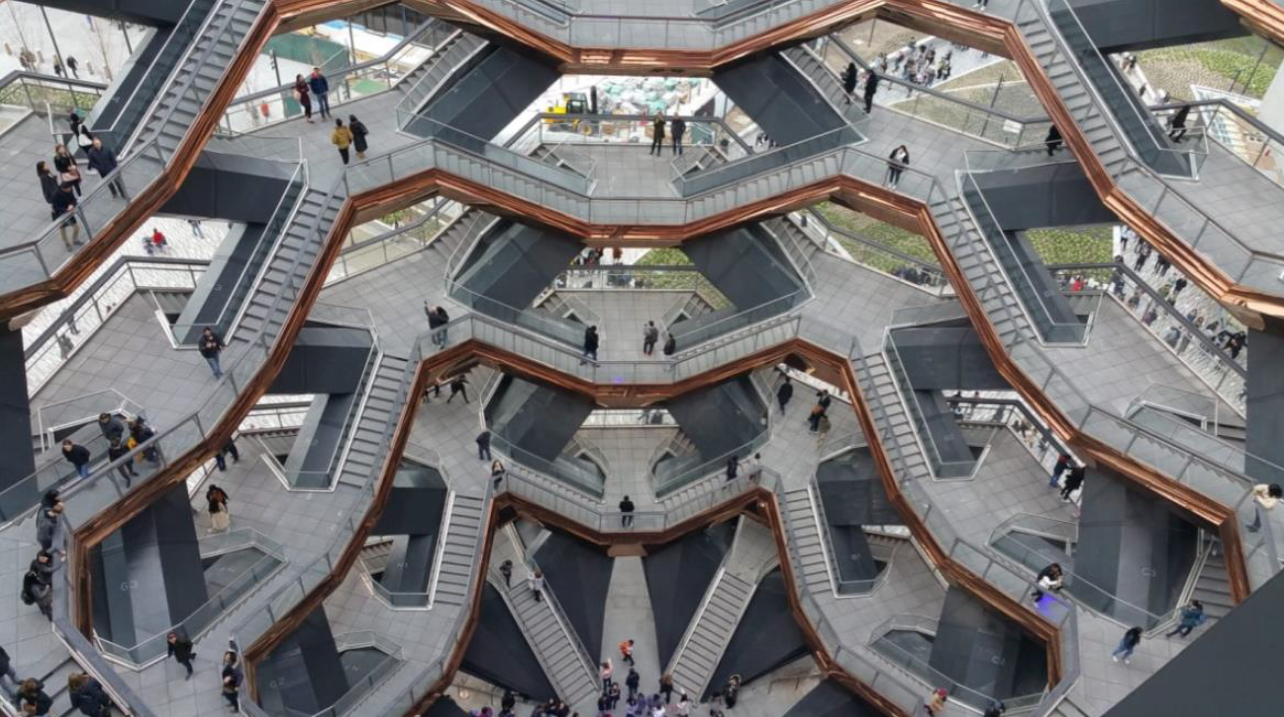 NOTES FROM THE FIELD 4/19 The Shops & Restaurants at Hudson Yards officially opened in mid-March and “brings more than a mile of shopping and dining experiences to Manhattan’s West Side.” https://www.hudsonyardsnewyork.com/press-media/press-releases/shops-restaurants-hudson-yards-open-march-15-noon Much has been observed and written about the Hudson Yards development by a variety of professionals in media, design, retail, real estate, urban […] 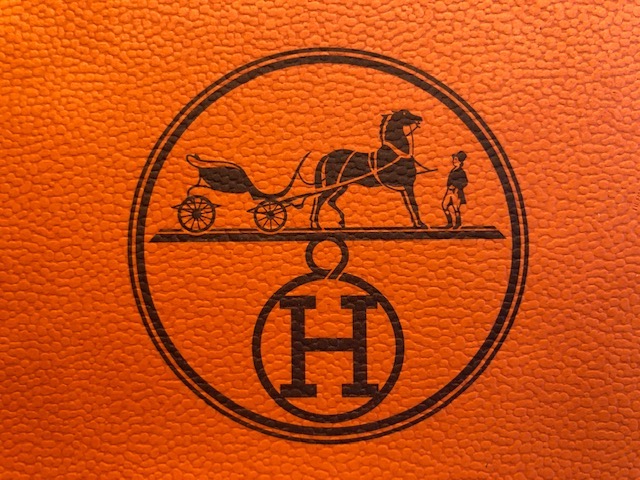 An informed and talented Speaker, Tim shares his experience, insights, and perspectives at engagements. 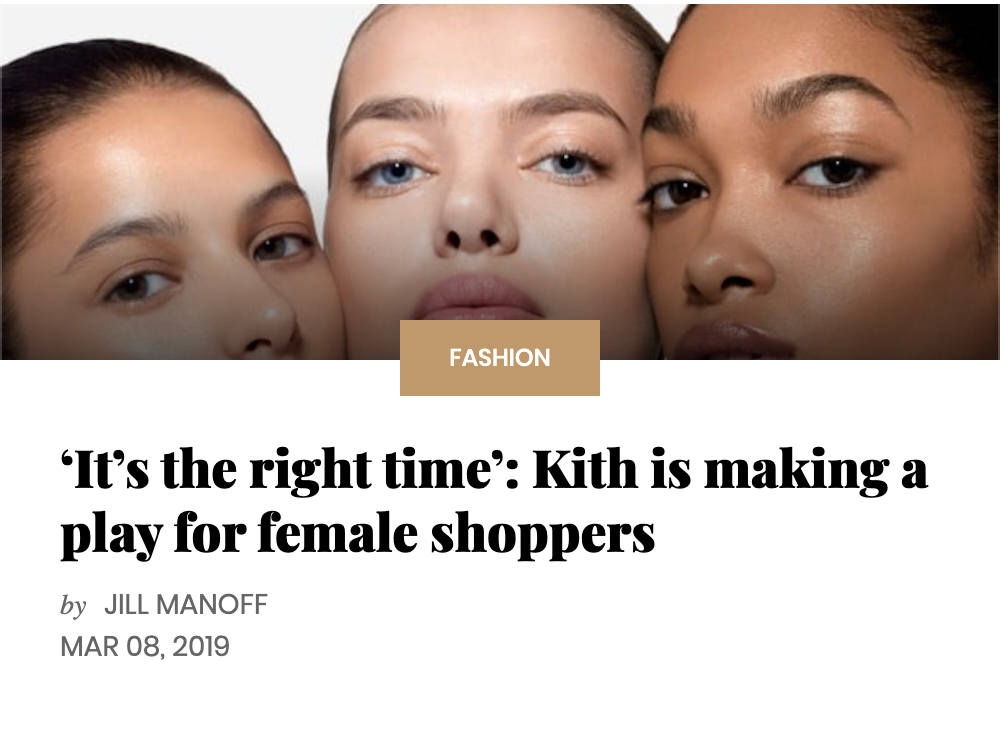 It’s important to evolve and consider new ways to engage customers now more than ever. Many brands consider ‘smart collaborations’. I shared thoughts on one example (Kith & Estée Lauder) with Glossy on Digiday Media. 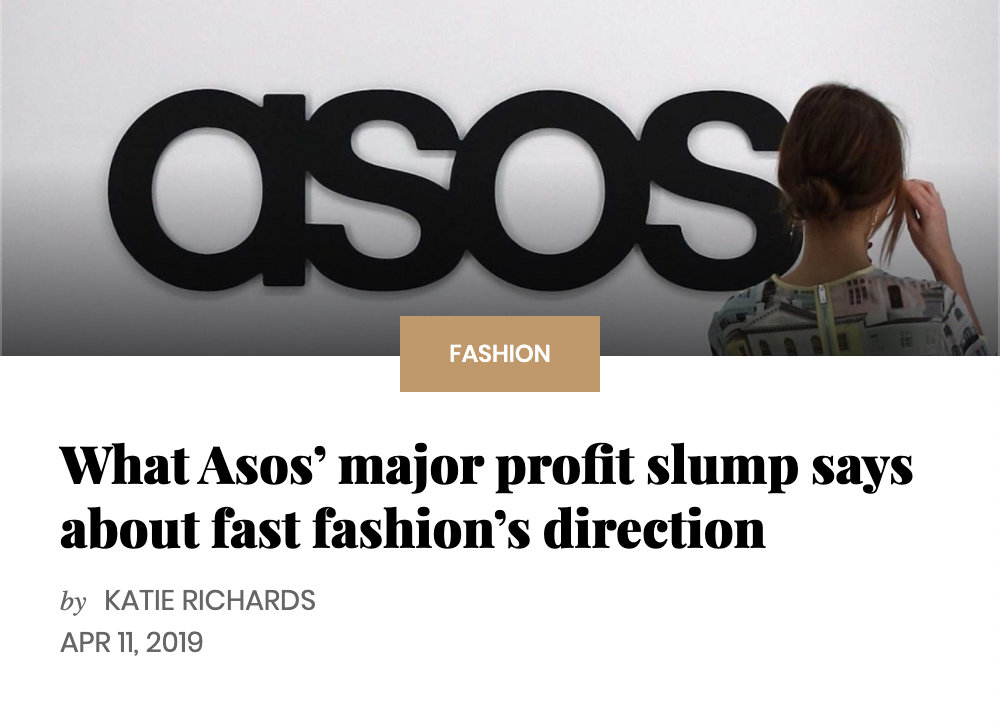 Achieving profitable merchandise margins for the long haul is key. Selling seasons carry their own unique characteristics and require balancing several important variables starting with your customer. I shared thoughts with Glossy on Digiday Media.