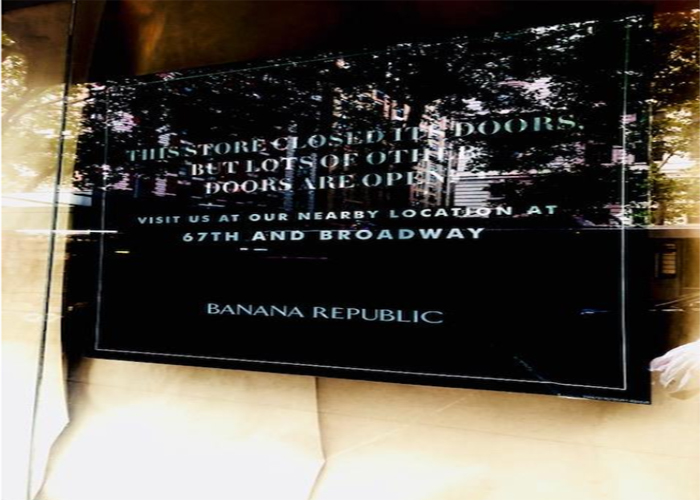 The retail “correction”currently underway in so many locations across the country continues. This is certainly evident in New York City,and the Upper West Side is no exception. Two stores (Gristedes, Banana Republic) situated right next to each other closed within the last several months.

I walk by these vacant storefronts daily and am reminded of the stark contrast in how the two companies chose to communicate with their customers after their decades in the neighborhood.The visual impact of your front windows is critical whether you’re open or closed. 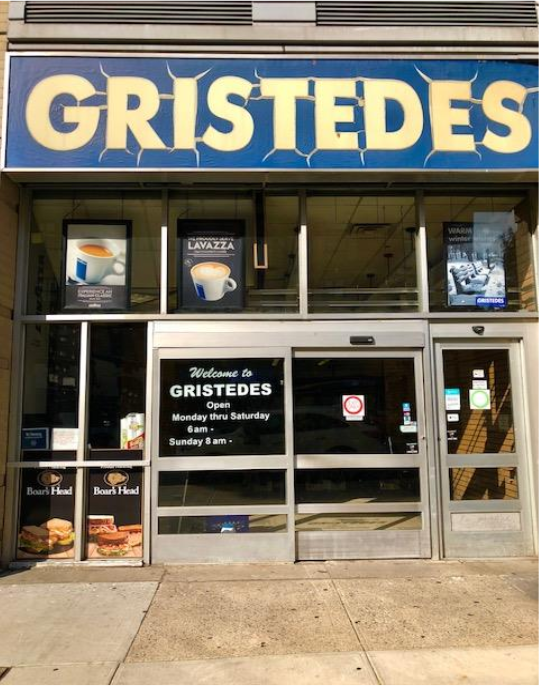 With Gristedes, a grocery store operating in 30 locations around New York City, they simply packed up and left. While the sight lines into the space clearly told the story,their front windows showed product options, smoking policy,and store hours (at least the time that the store opened). I witnessed a family arrive at the storefront and tug at the doors until they noticed the empty space on the floor below, clearly unaware of the permanent closing.

I would not leave storefront windows in this condition for more than an hour let alone two months. In such a competitive food market, what message does this send?

In contrast, Banana Republic, with less than half the number of store locations in New York City, took a different approach that indicated they value their relationship with the customer. They installed signage that simply invited the customer to visit another location on the west side. Additionally, they covered the sight lines into the space to avoid presenting an “empty space”image of their brand. Well done.

While it is unfortunate to see multiple store closures taking place in neighborhoods, senior leadership should endeavor to maintain and grow their ongoing customer relationships, which have been earned over time. Whether you’re a bank, restaurant, store,or service,your front windows are an important expression of your brand’s story, particularly if you operate in multiple locations.

As a board member and retail advisor to fashion designer Hisham Oumlil, I am always inspired by this brand’s the cultural crossings inherent in the styles and rituals of Moroccan culture—combined with the energy and diversity of New York City. Hisham creates beautiful ready to wear “for those pioneers who optimistically expand beyond their shores”. […]

It It was great to open this year’s Retail Hive session last week. The Hive connects all relevant peers, ideas, and solutions to disrupt, innovate and evolve in the retail industry. ( https://www.thehive-network.com/retail-hive/ ). The community has evolved into more than 220 retailers & 15 partners with a mission “to grow the retail hive community […]

I am honored to join the The New School/Parson’s School of Design teaching a Fall graduate level Retailing & Service Design course within the Fashion Management department ( www.newschool.edu ). The course provides an overview of the principles, procedures, disciplines and applications involved in successful retailing today. I add to the core foundation by sharing […]